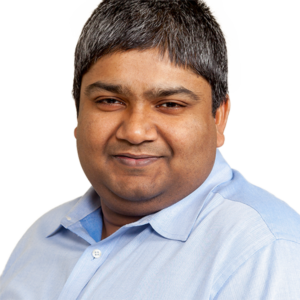 Sagnik Basuray, Ph.D., completed his doctoral studies from the University of Notre Dame in the Department of Chemical and Bio-Molecular Engineering in 2011, where he won the best thesis award. Since 2012, he was working as a postdoctoral fellow in the Department of Electrical and Computer Engineering, University of Missouri, at the Center for Micro/Nano Systems and Nanotechnology, in the area of materials science, nanotechnology and optics. Prior to his stint at Missouri, he was working as a Research Scientist at 454 Life Sciences, a Roche Company, building the next generation semiconductor-based sequencing platform.

At Notre Dame, he worked extensively in nanofluidics, microfluidics with core competency in biomedical diagnostics to research interfacial electro-kinetic properties like dielectrophoresis. He designed robust, cost-effective Point-of-Care devices with electrochemical sensors as an alternative to real-time PCR and DNA sensing. The sensor work has been licensed and developed by F Cubed LLC. and is now in clinical trials. His research was highlighted during the 2010 Michigan-Notre Dame football game at halftime as an ad to showcase the research activities at the University of Notre Dame. During his postdoctoral stint, he has developed top-down fabrication protocols (soft lithography) to fabricate hierarchical nano-ordered plasmonic/photonic structures which show extra-ordinary electro-magnetic field enhancement. These were used to investigate single biological molecules like DNA, RNA, FRET pairs and to develop multi spatial/temporal techniques (Raman, Fluorescence) from a single platform. Sagnik has always worked closely with groups in biochemistry, biology, biological engineering across many collaborative and interdisciplinary research projects.